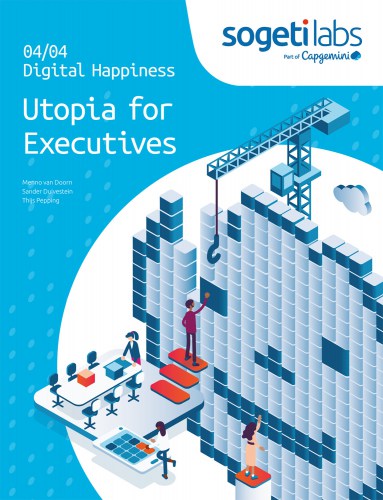 Utopia for Executives There are certain moments in time when collective dreams are more in vogue, more sought after, than at other moments. Societies seem to be stable for long periods and then – bang – doubt and uncertainty begins to pour in. People start asking themselves “Is this the world in which I want my children to grow up in?” or “Why is everything moving so slowly,  we need to take action now.” It is in these ‘fuzzy periods’ that the popular vote is on the move and society looks for new narratives, a new Utopia. It's at these moments that massive changes in how we run our economy start to evolve. For organizations there is a clear and bold message: to stay relevant in the 21st-century economy, you need to be driven by a strong purpose. The days of the Milton Friedman doctrine is over.  It’s about equality and “resetting capitalism”, as espoused by the Financial Times newspaper earlier this year. In Utopia for Executives we explain why now society is making this drastic turn, what it means for organizations, and what to prepare for.

We present fresh, visionary thinking, from some of the world’s most profound thinkers in the fields of technology, economy and wellbeing. Some of it is dystopian, with a bleak outlook for society and business if we don’t have a true purpose to what we’re doing. Some of it is uplifting, with a belief that we face a new golden age that’s been preceded by a massive technological shift – but only if we focus on an inclusive, planet-centric world. Utopia for executives is our fourth report on Digital Happiness.