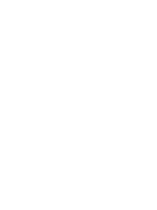 
Michiel Vroon is an independent test consultant. He is asked by various organizations to manage their test projects or help them to improve the testing process.

In 1998, Michiel began programming test tools and he has been working in the testing field in various roles since. As a test manager he was responsible for various national and international projects. He also set up and managed a testing unit for 2 years within an international consultancy firm. On February 2008 Michiel became an independent test manager and consultant. Michiel is the co-author of Integrated Test Design & Automation: Using the TestFrame method and  TMap Next for result driven testing. These books have been published in several languages. Also, he regularly publishes articles and presents at conferences and training sessions, dealing with different test topics. Michiel is member of the board of the Dutch SIGIST TestNet.

Books of this Author